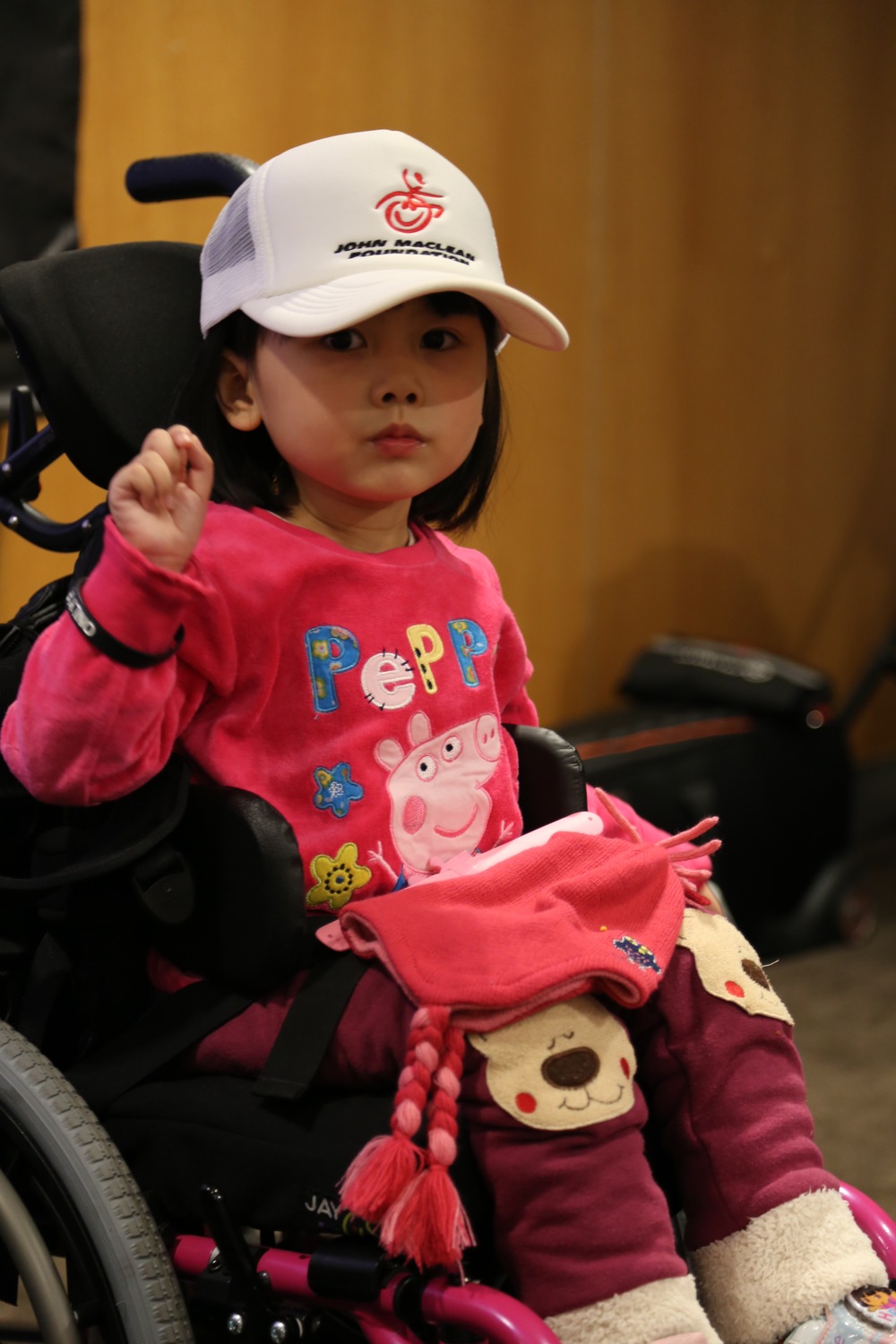 4yo Emily received a new manual wheelchair resulting from fundraising efforts by Westpac staff & the Westpac Foundation.  A couple of months later JMF also granted her a tray and a bottle holder for her new wheelchair.

Emily has been diagnosed with Spinal Muscular Atrophy (SMA), Type II. SMA II is a degenerative genetic disease in which loss of nerve cells in the spinal cord affects her voluntary movement. As a result Emily has muscle weakness and limited mobility. She has weak respiratory muscles and is prone to chest infections. She is developing a spinal curve, will need to the treated with surgery. Emily is unable to walk or crawl and has to be lifted from point to point. Emily is able to sit unsupported independently but not able to hold herself upright. The manual wheelchair, to use outside day care hours is having a significant impact on both Emily’s confidence and the health of her carers. The Tray and bottle holder will enable Emily to have further independence.